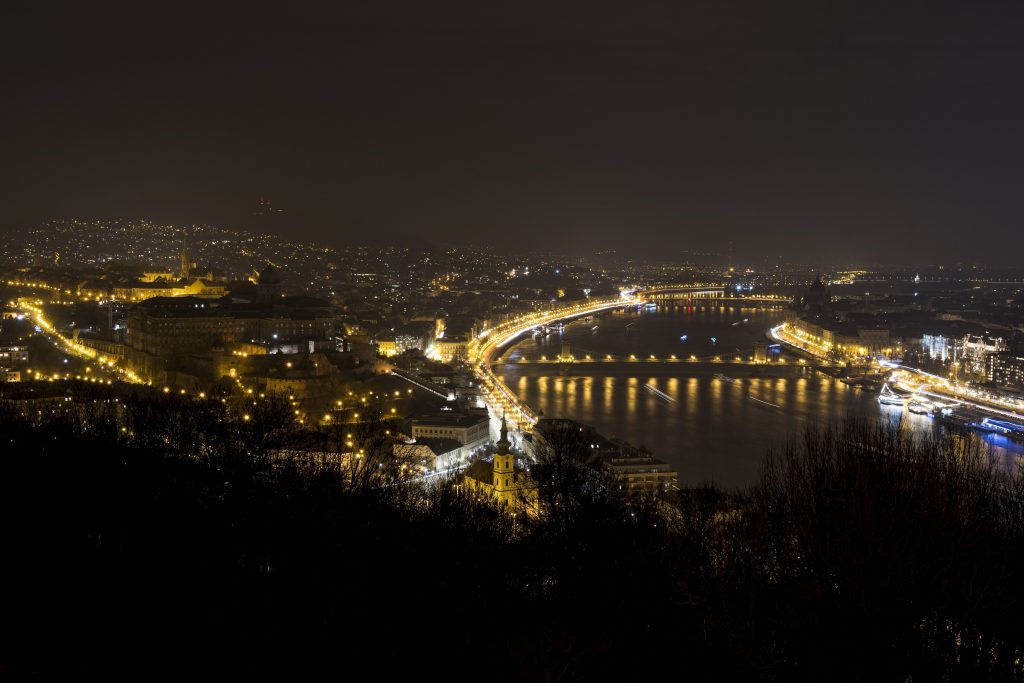 On Saturday evening, more than 12,000 public buildings, structures and monuments in 187 countries went dark to draw attention to climate change.

As the Associated Press notes,

That scene was repeated over and over across the world on Saturday night: at Sydney’s Opera House; at New Delhi’s great arch; at Kuala Lumpur’s Petronas Towers; at Edinburgh Castle in Scotland; at Brandenburg Gate in Berlin; at St. Basil’s Cathedral in Moscow.

In Hungary, at 8:30pm, Budapest’s Chain Bridge and Matthias Church went dark for 60 minutes and performers in the show Paris De Nuit at the Budapest Palace of Arts (Müpa) also symbolically turned off the city’s lights at the end of the show.

According to the movement, which is organized by the World Wildlife Fund (WWF), Earth Hour began “as a symbolic lights out event in Sydney in 2007,” which aimed to draw attention to the dangers of climate change. Today, according to organizers, it is

now the world’s largest grassroots movement for the environment, inspiring millions of people to take action for our planet and nature.

This year’s event called attention to the Earth’s natural resources and the importance of preserving the planet’s biodiversity.

You can view a gallery of Hungary’s participation in Earth Hour below:

Budapest, with the Castle and Chain Bridge in the foreground, as it looked before (left) and during (right) this weekend’s Earth Hour (Photo: MTI – Márton Mónus)

Via MTI, earthhour.org, the Independent, and the Associated Press