The Tale of the Crying Child and the Storytelling Bus Driver 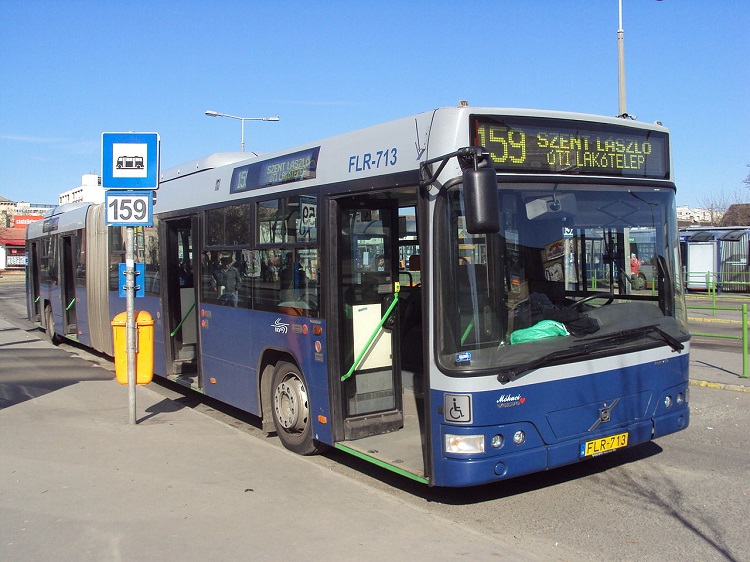 Riding a bus in a large city can sometimes be a tiring, even unpleasant experience, and in this regard Budapest is no exception. That’s why it’s so nice to hear that here in Budapest there is a bus driver who goes out of his way to help makes his passengers feel happy and at ease.

Thanks to a post on Facebook, we have heard the story of a driver who tells stories to children, who talks and jokes and simply has a good time. Here is the story in full:

“At the end of the line a mother got on the bus with her two small children; the one was still in a stroller, the other was already a bit older. The bus starting moving, and it was full, and it was going slowly due to heavy traffic. The smaller child starting crying, quite loudly. So, we were moving ahead slowly, and the little kid was doing nothing but crying.

Then suddenly we could hear the bus driver’s voice over the PA system: ‘Don’t be afraid, little guy! I’m going to put some music on for you in a second. But wait a bit, first they’re saying the news.’

The small child quieted down and listened. The adults’ jaws dropped, and they looked at each other with smiling twinkles in their eyes.

“Then the driver did put on some music, but apparently the toddler didn’t like it, because he started crying again. In response, the bus driver started telling a story:

‘Once upon a time….’ and from stop to stop he continued his story, including the names of the stops in the story as he went along. He said good-bye to departing passengers, and wished them a good relaxation. Even the crying stopped. And the adults, well I think they got home last night with a smile on their faces, regardless of what may have happened that day at work or while shopping.

As I was getting off, I went to the front door of the bus and thanked the driver for this unique ride. It was the 159 bus, and the driver was a very kind young man. We need many more people like this, and not only on the 159 bus!

What an instructive story! How many things could we make better just by paying attention to others? This gesture didn’t cost the bus driver anything, yet it still made many people happy! Congratulations and thanks!”

After his story spread around the internet, the Hungarian TV station RTL Klub found the young driver and conducted a video interview with him. In the interview, the driver told RTL Klub that he made up the story as he went along, to the extent that he couldn’t even repeat it if asked. He said that he described each stop along the bus’s route as if it were part of the story, as if the bus itself was travelling in a storybook world; and not only did this succeed in finally calming the child down, it pleased the adults on the bus as well.

The driver said that talking to passengers through the PA system is a good way to pull them out of their weekday grind. He also emphasized that for bus drivers, “the safety of the passengers is most important, followed by keeping the timetable, and if these two are in order, then the driver can work on developing a relationship with passengers.”

In the interview, the young driver also talked about another incident on his bus, about a time when two teachers got on the bus with an unruly group of students that they were having trouble keeping under control. To help alleviate the situation, as the one teacher got on the driver requested her name, then announced into the microphone that we should all make sure to pay attention to Miss Margaret. According to the driver, “This brought order to the bus, and as they got off the children all waved.”

Via hvg.hu, RTL Klub, and tudnodkell.info