Due to public health concerns and restrictions of public gatherings in Hungary, the organizers of the 2020 Brain Bar Festival decided to hold this year’s event entirely online on their official Facebook page at a new date, between September 15-17. This year’s program titled Reboot! will focus on the post-crisis restart of our life. The online broadcasts will be available to anyone for free.

The program of the 2020 Brain Bar Festival aims to help visitors by offering steep knowledge in the post-covid world. In addition to presentations covering many aspects of the crisis, the event’s ‘Future Jobs’ virtual career expo will try to find the next generation of professionals, primarily in the fields of communications, marketing, engineering, and analytics.

Related article
Brain Bar Has Blown Up: 'Brainy' Intellectual Festival Chosen As The Most Inspiring Event Of The Year 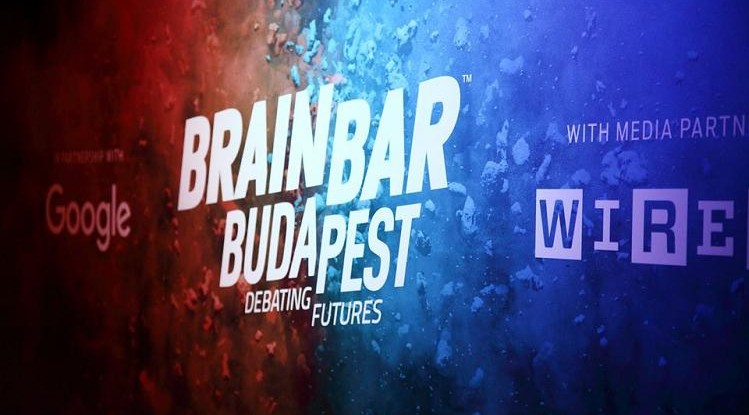 Brain Bar Budapest -organized by Design Terminal-, is a festival on the future that begin in 2015. Since then it has become the greatest “future-festival” of Europe. The event is an opportunity for great minds to debate the issues that will define our future in the long run – in discussions unhindered by conventions and unapologetic about […]Continue reading

Other prominent members of the Hungarian speakers will also debut the founder of the Visage Model Management agency, Csaba Kajdi, who has become one of the most influential figures on social media platforms in Hungary in recent years, and Zsófia Vas, the founder of Low-Cost Robotics, who designs 3D printed artificial limbs for children.

But the wide range of speakers will include many international guest stars as well.

Experts such as David Sloan Wilson, one of the world’s best-known evolutionary biologists, or Aliya Hamid Rao, a sociologist who specializes in gender equality issues and gender roles, will also speak at the future festival. The audience will be able to learn more about how our brains work from young brain researcher Hannah Critchlow, and historian David Engels will give a talk on the future of Europe, with expected crises, threats, and solutions.

Tickets purchased in advance for this year’s festival will automatically be valid for the 2021 Brain Bar event or can be redeemed within 30 days.