2017 Will be a Busy Year for the Hungarian Energy Sector

According to an article on Hungarian news site VG.hu, the coming year is set to be an extremely eventful one for Hungary’s energy industry.

The largest energy-related event of 2017 is itself a holdover from the previous year, the construction of two new nuclear energy blocks in Paks; the project is awaiting the conclusion of European Union experts, who are tasked with determining if the project meets EU rules on being sustainable without state support.

While Brussels does not actually have the power to ban or allow the plant’s construction, it can set requirements and parameters for the nuclear plant’s construction. True, these requirements could cause further delays to the project, as occurred this past year when more than 87 billion forint (281 million euros) of funding were channeled to other projects. The desired Russian loans needed to construct Paks II can only begin after the official EU report on the project has been completed; they might not even be undertaken, however, or perhaps as Hungary takes out loans, it will be able to pay them back from cheaper Western sources.

In the coming year, Paks II’s environmental protection permissions may come into legal force, and the project may receive its official location permit as well. The beginning of actual construction will likely come in 2018.

The Paks II project very well may be a topic of discussion at meetings set to occur between Vladimir Putin and Hungarian Prime Minister Viktor Orbán during the latter’s visit to Hungary this coming February. In addition, it is quite conceivable that Russian natural gas giant Gazprom’s long-term business projects in Hungary will be discussed as well.

The Hungarian domestic gas and electricity market may see great gains, thanks to significantly lower transportation and storage tariffs, as well as strengthening electricity and gas stocks.

Green energy investments may be undertaken under a new governmental subsidization system, while two companies have already discussed plans to build new solar panel farms. Electric transportation infrastructure is set to grow as well, as the country sees an expansion of e-charging stations thanks to grants. In addition, more compressed natural gas pumping stations are set to be built this year as well. 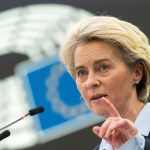 Dispute between EU and Hungary over Payment to Russia in Rubles