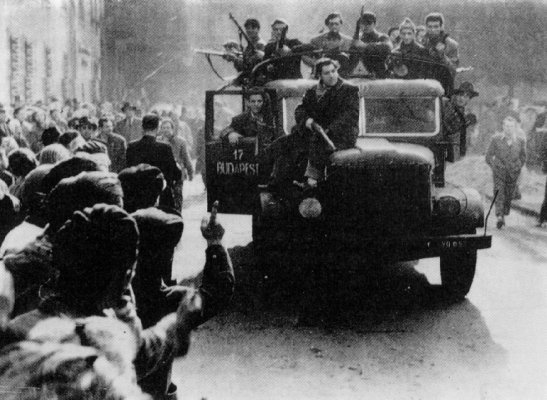 Katalin Bogyay, Hungary’s permanent representative to the United Nations, on Thursday hosted a banquet lunch in honour of former United Nations Secretary-General Ban Ki-moon in New York to thank him for releasing the UN’s documents on Hungary’s 1956 anti-Soviet revolution.

As an expression of Hungary’s gratitude, Bogyay presented Ban with the symbol of the 1956 Memorial Year, the “Cry for Freedom” statue designed by Israeli sculptor and UNESCO Goodwill Ambassador Hedva Ser.

Ban has a personal memory linked to the 1956 Hungarian revolution. As the member of a student council, he and other students submitted a petition to the UN Secretary-General at the time, Dag Hammarskjold, urging that Hungary not be left alone.

In 2016, the UN approved the release of its classified documents on the revolution for research purposes.

via MTI
featured photo by americanhungarianfederation.org