1945, A Film About a Hungarian Village in the Aftermath of War, Premieres 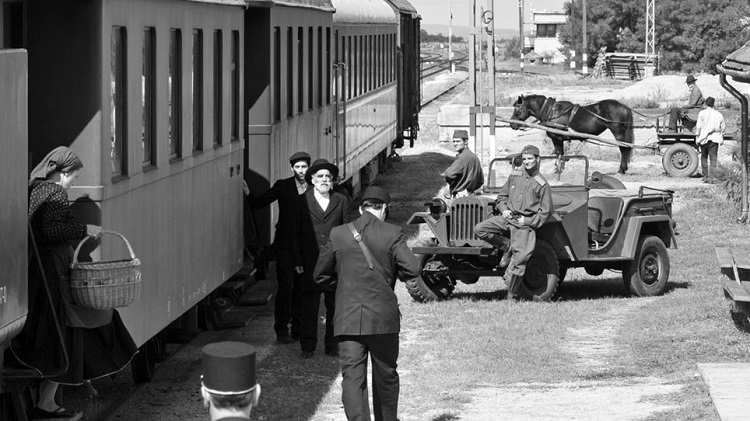 Director Ferenc Török’s latest film, 1945, had its European premiere over the weekend at the Berlin International Film Festival, also known as the Berlinale. The film’s world premiere took place a few weeks ago, at the Miami Jewish Film Festival.

Based on Hazatérés, a short story by Hungarian novelist Gábor T. Szántó, 1945 takes place over the course of a single day in a village in rural Eastern Hungary. According to the film’s official description from the Miami Jewish Film Festival,

On a sweltering August day in 1945, villagers prepare for the wedding of the town clerk’s son. Meanwhile, two Orthodox Jews arrive at the village train station with mysterious boxes labeled ‘fragrances.’ The town clerk fears the men may be heirs of the village’s deported Jews and expects them to demand their illegally acquired property back, originally lost during the second World War. Other villagers are afraid more survivors will come, posing a threat to the property and possessions they have claimed as their own.

1945, then, is a film that addresses what remains, to this very day, a difficult topic: the way in which the deportation of Jews led to profits for their non-Jewish former neighbors, interwoven with larger themes of guilt and responsibility more generally. As the Berlinale’s official description puts it, in 1945 “A Hungarian village becomes a mirror for the failure of an entire society.” 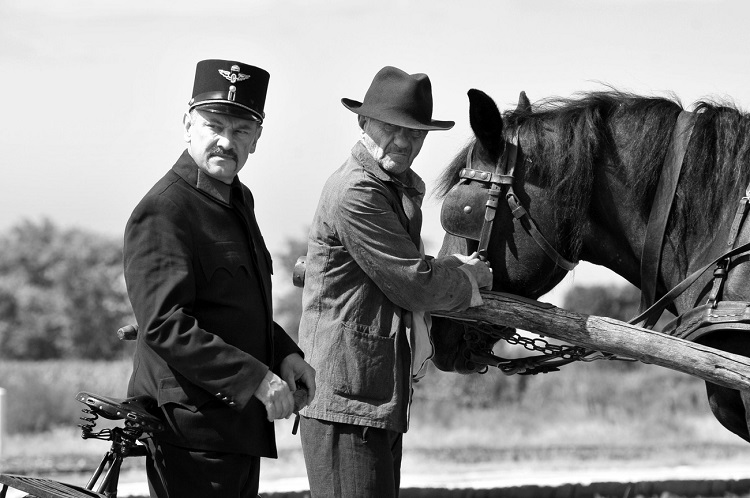 In their review of 1945, American weekly magazine Variety compared the film’s powerful, gripping style to Hungarian Holocaust Film Son of Saul, a tour-de-force from Director László Nemes that won numerous accolades, including, among others, the best foreign language film awards at both the Oscars and the BAFTAs. Describing 1945, Variety called Török’s black and white work

A fresh, intelligent cinematic approach to a difficult topic that takes on a transitional time in Hungarian history with subtlety and nuance.

The film will have its Hungarian premiere this coming April at the Titanic International Film Festival in Budapest. In the US, art house distributor Menemsha Films has already secured distribution rights.

You can view 1945‘s teaser trailer below: