In a world ridden with fears of doom and gloom from the sudden and exponential spread of the coronavirus, there is at least one upside to the situation. As people are recommended to stay home, self-quarantine if sick and try to limit contact with others, this gives us more time to read with more attention to detail. Despite the March 15th commemorations also being cancelled due to the virus, this is the perfect time to reflect on the ideals of the revolution of 1848, beyond simply wearing a Hungarian cockade and listening to political-charged speeches from politicians. What was the most important ideal of the 1848 revolution? The realization of national sovereignty, and the expression of a national will.

Interestingly, many Hungarian words, such as “nemzetpolitika” can only be translated to English with an approximation of their meaning, the word in question is best expressed as “politics of the nation/nationhood”. In theory, this means that government policies are not isolated ideas, instead they are part of a larger national vision of what Hungary and Hungarian society should be, and this vision largely conforms to the values of Hungarian citizens. This can mean many things, from supporting Hungarian minorities abroad, to Christian democracy at home. In fact, one could argue that all Hungarian politics falls under the umbrella of nemzetpolitika, but that is stretching the term slightly. The revolutionaries of 1848 were fighting for the right of Hungarians to express their national will, which was borderline non-existent at the time in the Habsburg Empire. So, let’s take a look at how this idea of national politics operates in the 21st century, more than 170 years later.

The most obvious topic here is the European Union. Oftentimes, the EU is portrayed as an ominous empire similar in nature to the Austrian one of yore, chomping at the bit to steamroll the sovereign will of its constituent nations. This is, of course, a huge exaggeration, but there are legitimate concerns with how the European Union deals with national sovereignty. By taking a quick look at the 12 points that the Hungarian revolutionaries presented on March 15th, it becomes clear that the question of an independent national bank is a complicated one within the EU. Hungary currently has such an independent national bank, and its own currency the forint, allowing it to have a relatively independent monetary policy. By contrast, the European Union naturally pushes for the adoption of the Euro, which falls under the control of the European Central Bank. What this means in practice is that countries give up domestic control over monetary policy to the ECB, which does not have the individual interests of member states at heart when making decisions. Moving on, the EU is not exactly the most democratic of political institutions. Despite the existence of a European parliament, much decision-making is conducted behind the closed doors of the European Commission and other appointed bodies, meaning that EU decisions do not always reflect the will of the people. The technocratic elements of the EU definitely fly in the face of national sovereignty; however, it is important to mention that the European Council, the institution that determines how the EU will further develop, is consensus based. Each member state has an equal voice, providing a form of balance to the not-so-transparent Commission.

There are, however, areas in which the EU strengthens national sovereignty. First and foremost, the world is very different from what it was in 1848. Many European countries have become small fish in the sea of approximately 200 countries that now exist in the world. Here, the EU allows the national will of a small country of 10 million people like Hungary to matter, by adding them to the other 500 million people that live in the EU. Thus, it is through the EU that Hungary can exercise its sovereignty on the world stage. It is difficult to imagine that a massive country like China, with nearly 1.4 billion citizens, would want to entertain the leader of a country that has less than 1% of its population without the European Union. There is also a big difference between the European Union and the oppressive empires of the past, for instead of actively suppressing democracy the EU has become one of the largest promoters of democracy in the world, although it is important to mention that there does exist a conflict between the Orbán government and the EU on what a functioning democracy should look like. If we take a look at the process to join the EU, countries are required to meet stringent standards regarding democracy and the rule of law to be eligible for membership. The current disputes between the EU and certain Eastern European countries also show that the EU has a vested interest in building and upholding democracy in Europe.

Brexit, Huxit, and Taking up the Mantle of Sovereignty in the EU

Overall, the results are mixed. The world has changed much since 1848, and so has the way in which national sovereignty is expressed. The European Union, as a quasi-federal institution, has both positive and negative effects on this. On the one hand, it restricts a countries economic and political independence, but on the other, it allows for smaller European countries to be relevant internationally and promotes democracy through the accession process. It is important to avoid clickbait headlines that paint a picture of either the inevitable tyranny of the EU, or that it is a perfect federation that countries should just allow to expand unchecked, as neither of these reflect reality. Orbán Viktor himself recently stated that despite it being difficult to chart a national course within the EU, it is better to be inside than outside.

The opposition Democratic Coalition (DK) is calling on the government to start efforts to reduce Hungary’s dependence on Russian energy. It has become clear over the past few weeks that there are various forms of becoming independent from Russian energy, deputy group leader Gergely Arató told an online press conference on Wednesday. Viktor Orbán’s government […]
MTI-Hungary Today 2022.05.25. 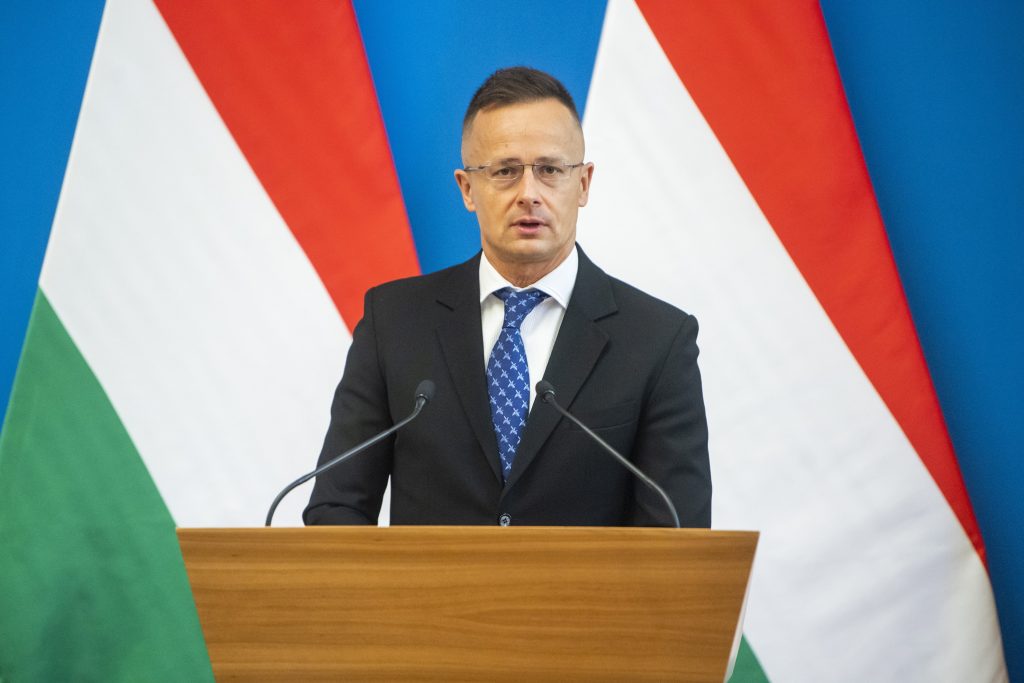 Threats to close the transit routes of crude oil and natural gas threaten the European Union’s unity and severely undermine solidarity between member states, Foreign Minister Péter Szijjártó said on Wednesday, after talks with the Serbian finance minister. Szijjártó told a joint press conference with Sinisa Mali that such a threat “has surfaced in some […]
MTI-Hungary Today 2022.05.25.