170th Anniversary of the Hungarian Revolution in Pictures 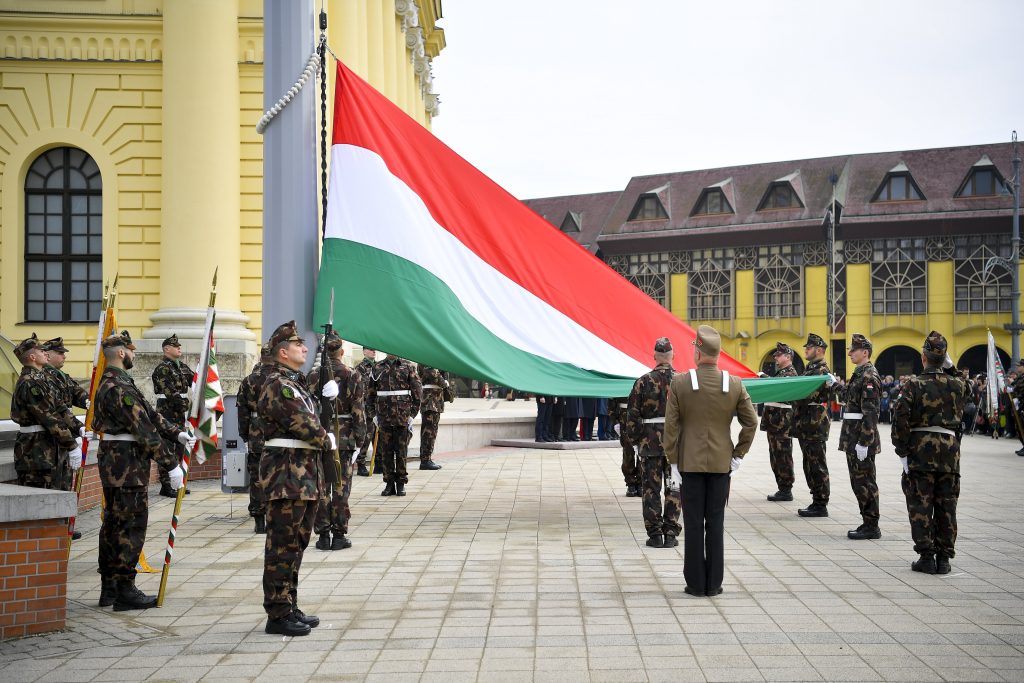 Yesterday, the whole Hungarian nation celebrated the 170th anniversary of the 1848-49 Hungarian Revolution and War of Independence against Habsburg rule. Besides the official commemorations, Budapest was full of other programs as well; below, we have collected a photo gallery of some of the highlights of yesterday, from cultural and family programs to political speeches, peace marches and demonstrations.

The Hungarian Government started the day with an official commemoration by raising the National Flag of Hungary in front of the Parliament at 9 am in the morning, in the presence of President János Áder and House speaker László Kövér. 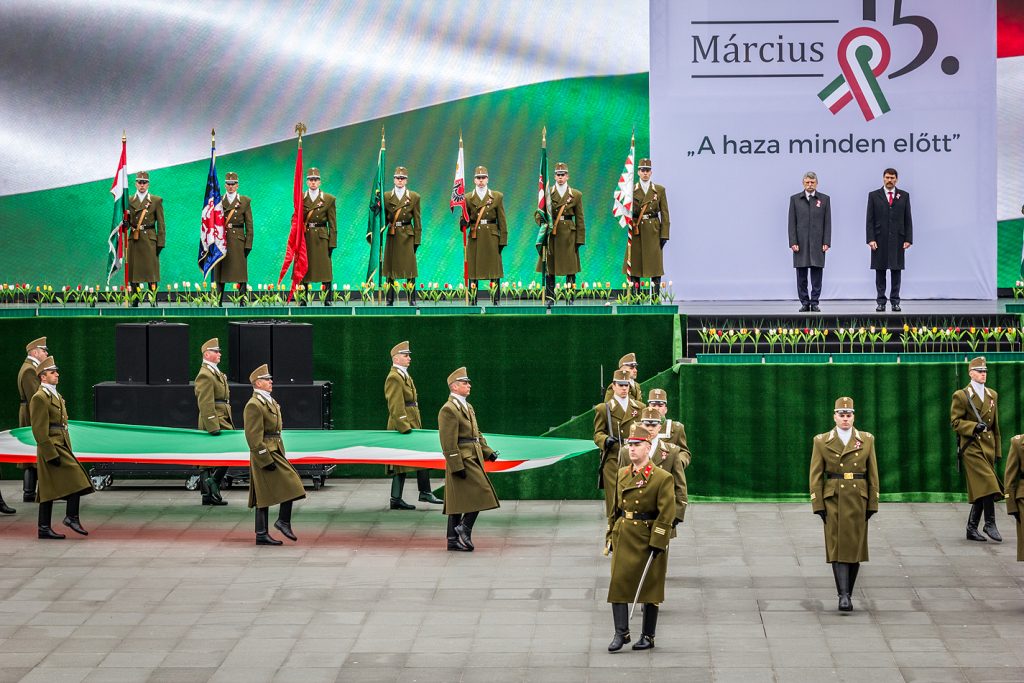 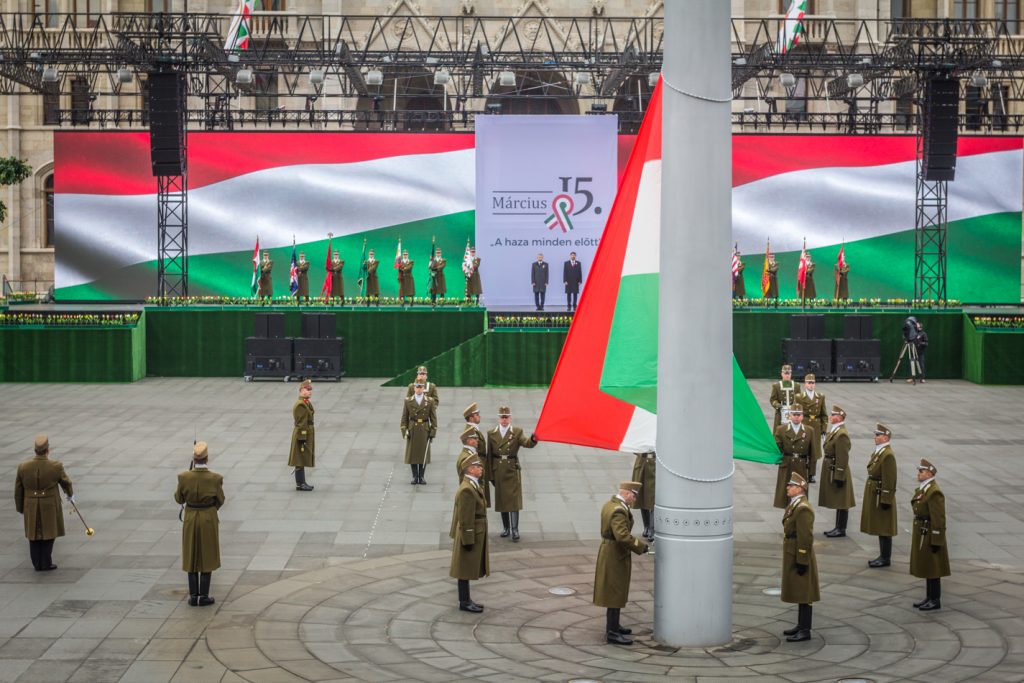 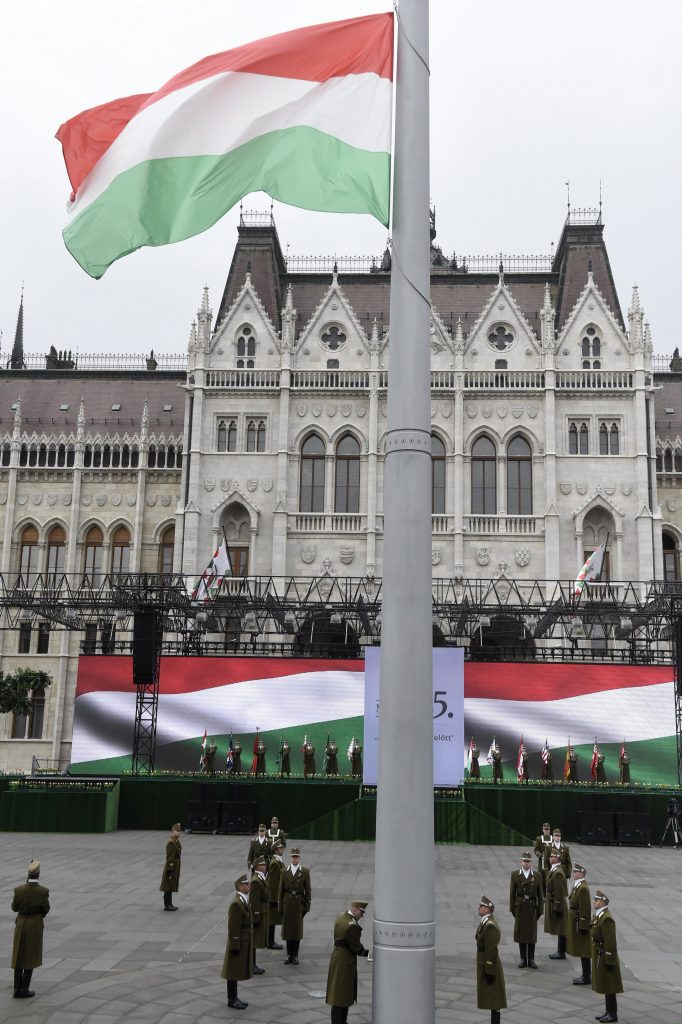 From 12 noon, the pro-government Civil Union Forum (CÖF) held its seventh Peace March, a rally in order to support the Orbán government. The “peace march” ended at the Kossuth square, in front of the Parliament, where the official commemoration of the revolution and war of independence was held this year and Hungarian Prime Minister Viktor Orbán delivered his speech. 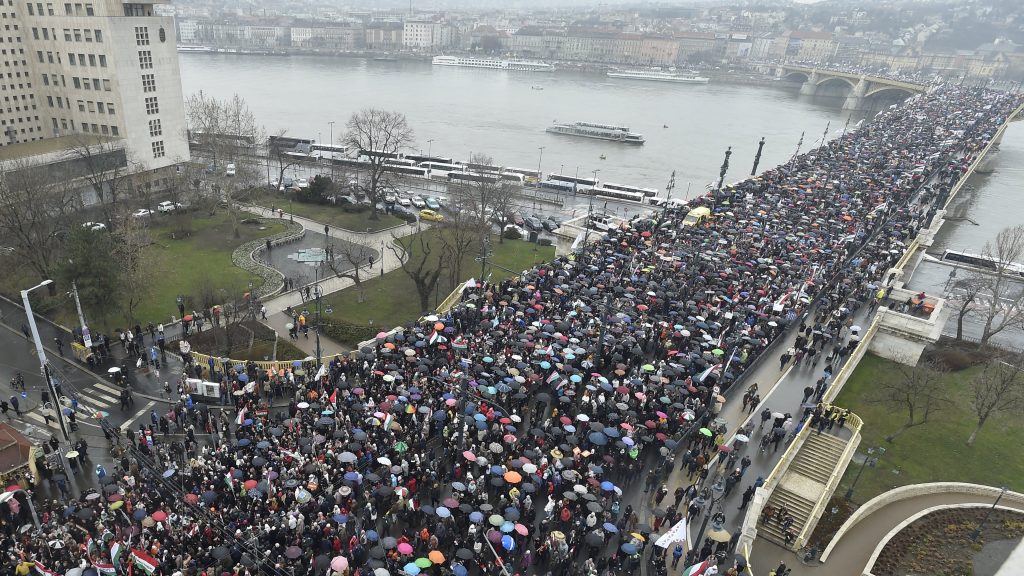 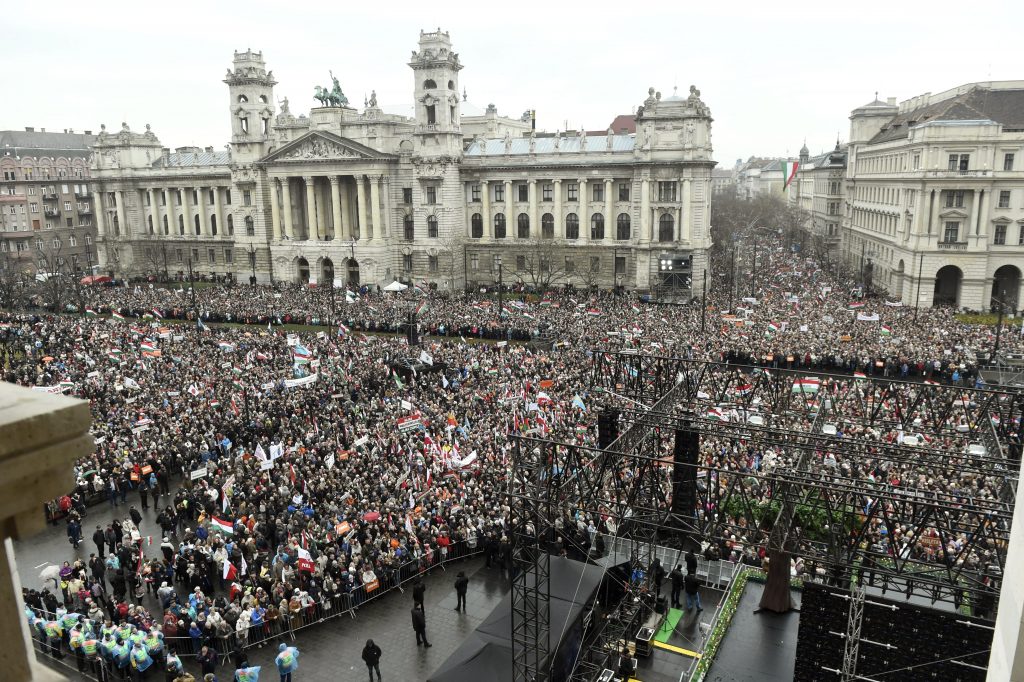 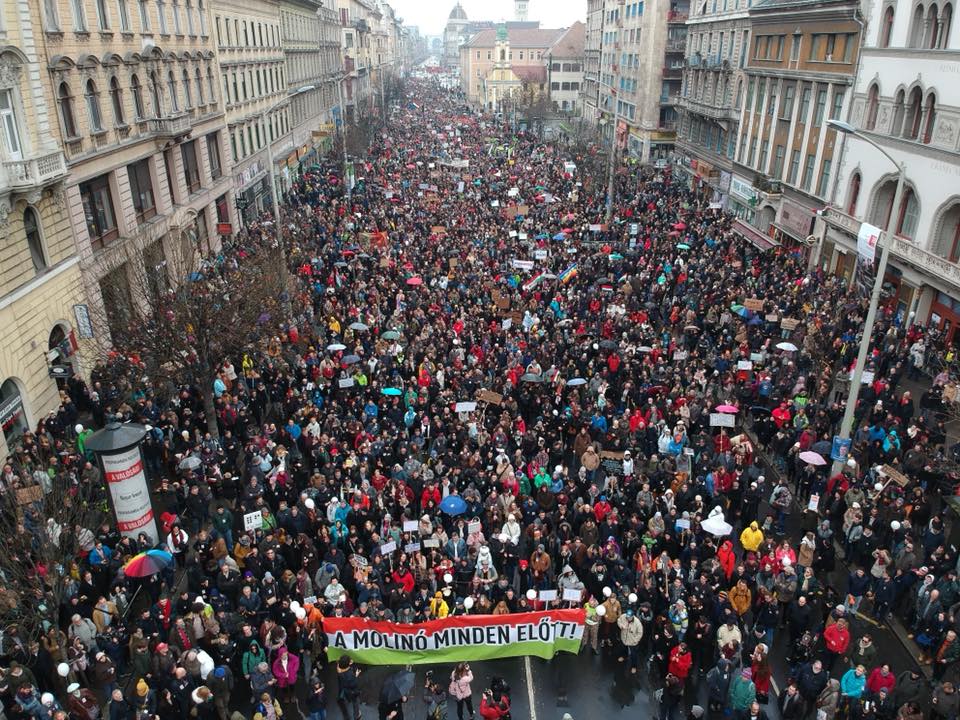 Every year on March 15th, Hungarian parties from all parts of the political spectrum hold rallies, marches, and speeches, hoping to connect their own activities with those of the revolutionaries of 1848.

Prime Minister Orbán Viktor delivered his speech at the official commemoration, which this year,  was held at Kossuth square in front of the Parliament instead of the stairs of the National Museum, due to the renovation of the Museum Gardens, 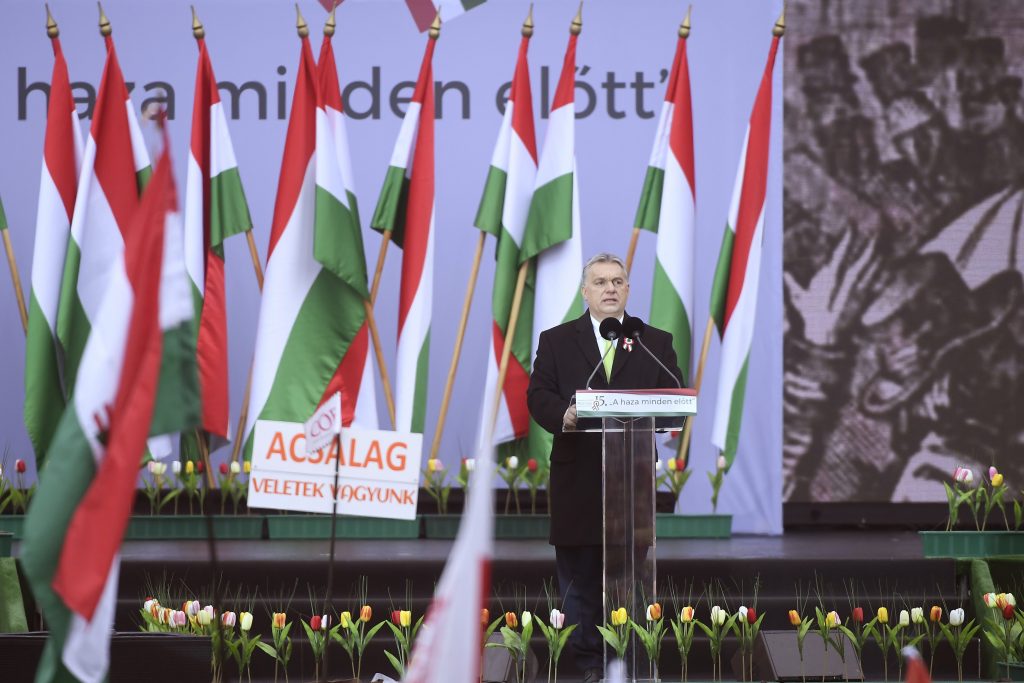 Green party LMP co-leader and prime ministerial candidate Bernadett Szél and co-leader Ákos Hadházy delivered their speeches during their party’s official commemoration, which was held in the hall of the Hotel Benczúr, close to the City Park. 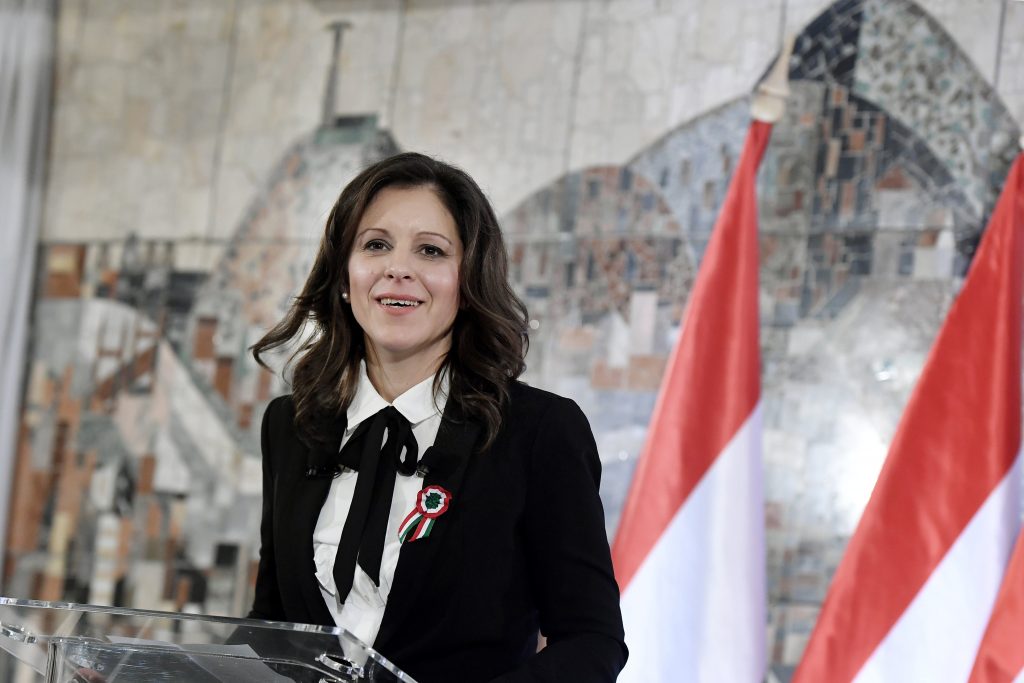 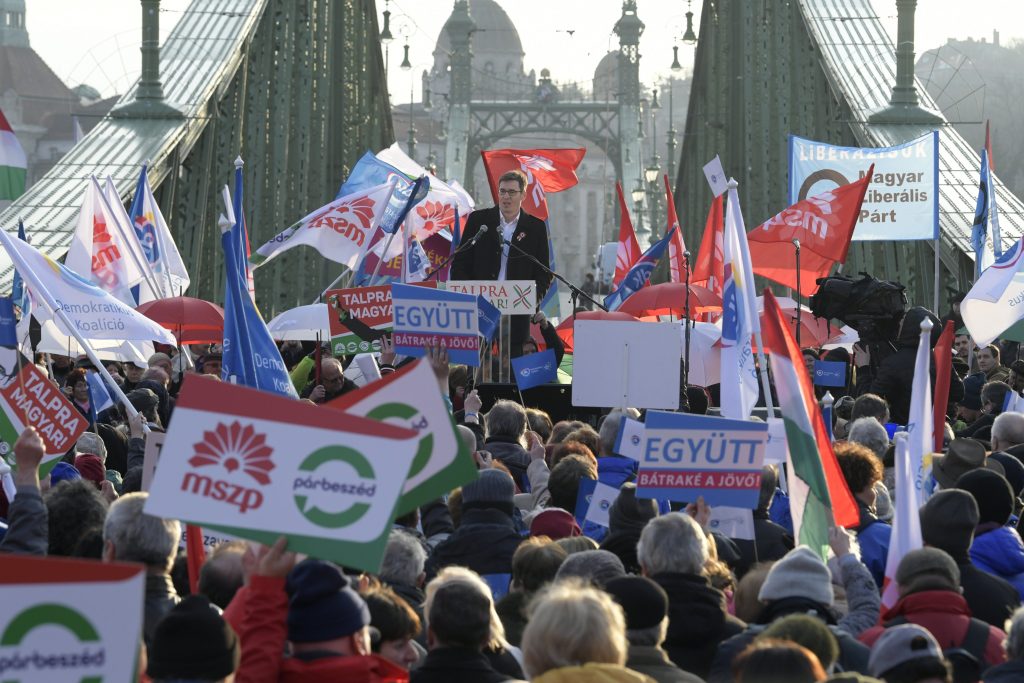 The far-right Jobbik party held its commemoration at the Batthyány memorial lamp, where party leader Gábor Vona delivered a speech, then members of the party took an oath. 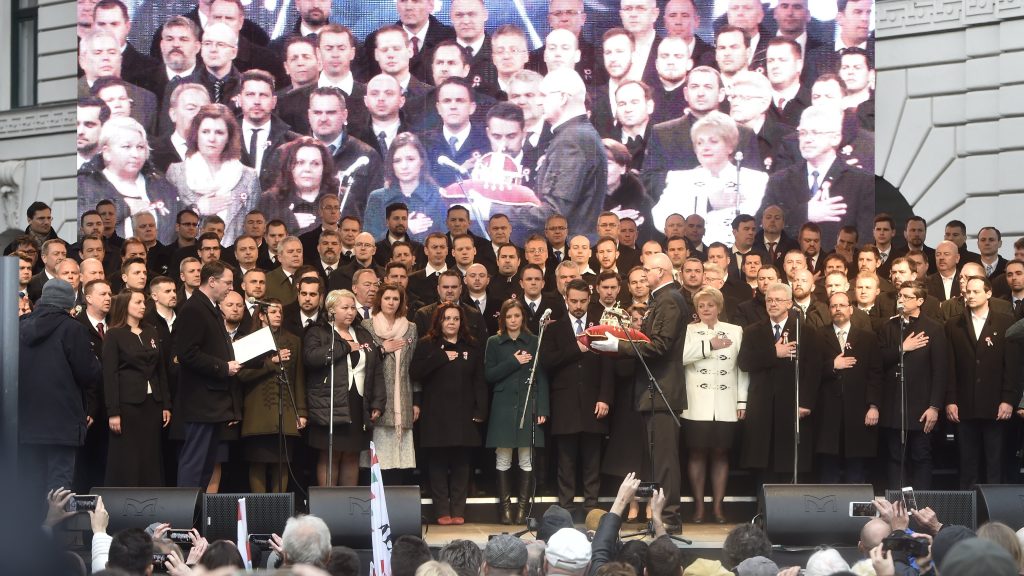 Around 5 pm students and supporters of their cause once again gathered to demand a “change of regime” in education and a “fairer, more democratic and student-focused” educational system. 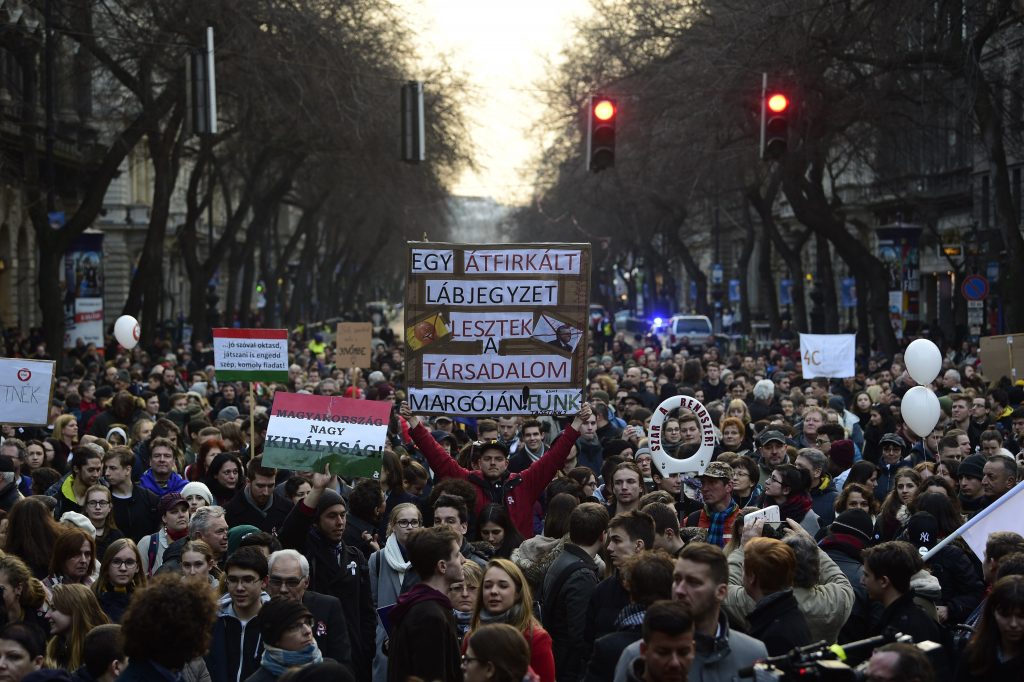 The Széchenyi and Kossuth Prizes were founded to honor the greatest living Hungarian researchers. President János Áder and Prime Minister Viktor Orbán handed out the most prestigious state awards in the field of sciences in the Parliament of Hungary. 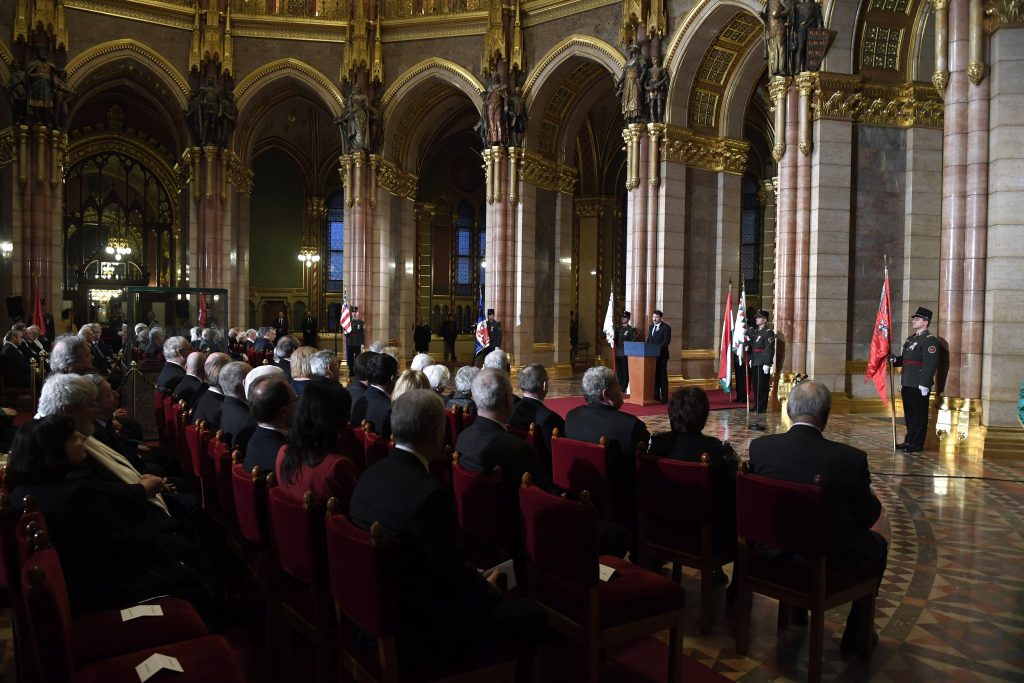 During the day, visitors to the city could find various interesting (and free) programs in the Castle of Buda and the Petőfi Literary Museum; in addition, they could also have a look at the newly renovated Roman Hall of the Museum of Fine Arts. 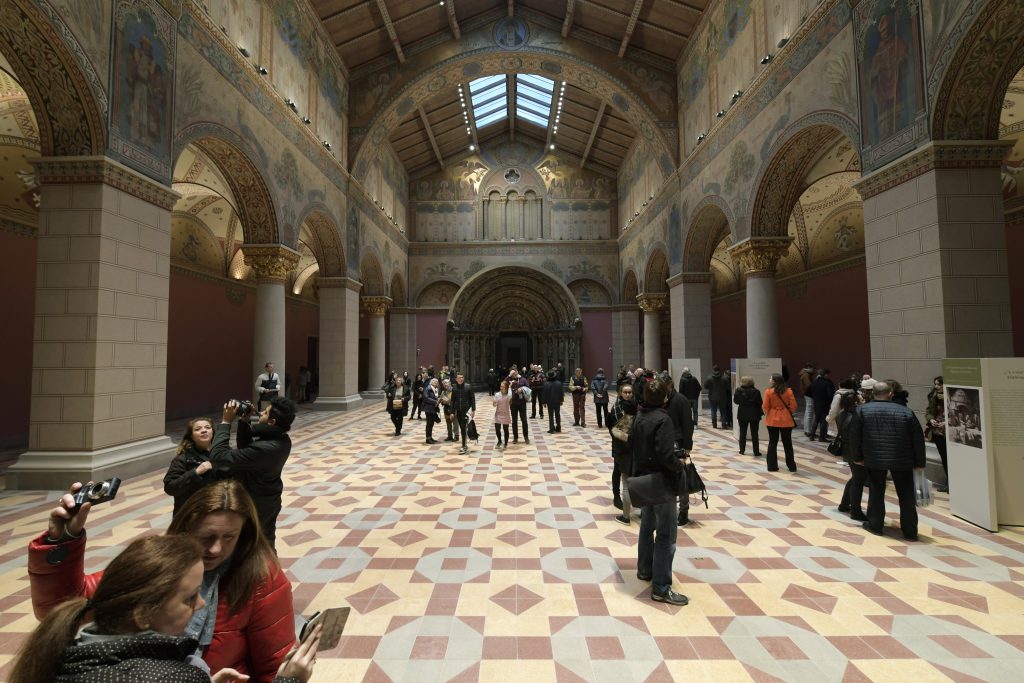 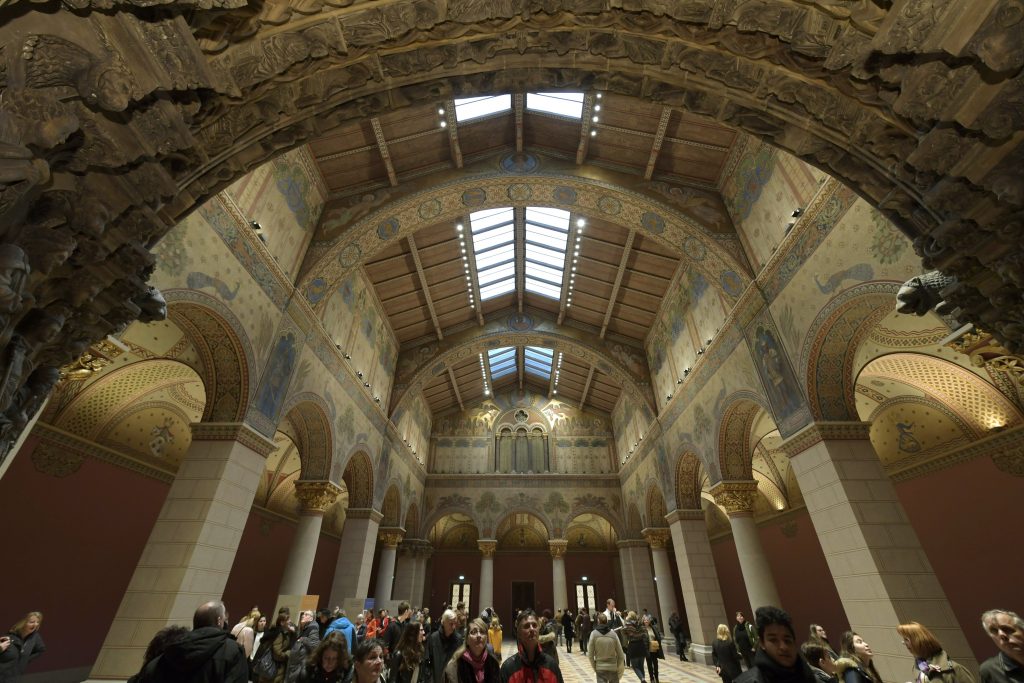