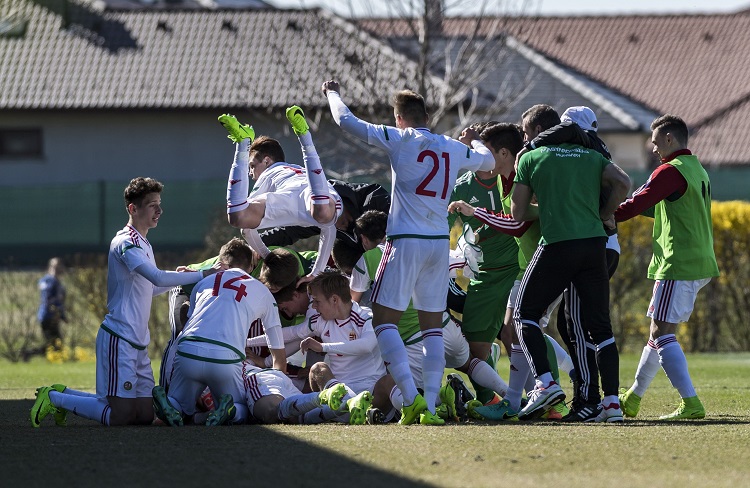 While the Hungarian national football team suffered a heavy defeat at the hands of Cristiano Ronaldo’s Portugal, the under-17 team sensationally reached the UEFA U17 European Championship thanks to a brilliant long-distance strike from “wonderkid” Dominik Szoboszlai. 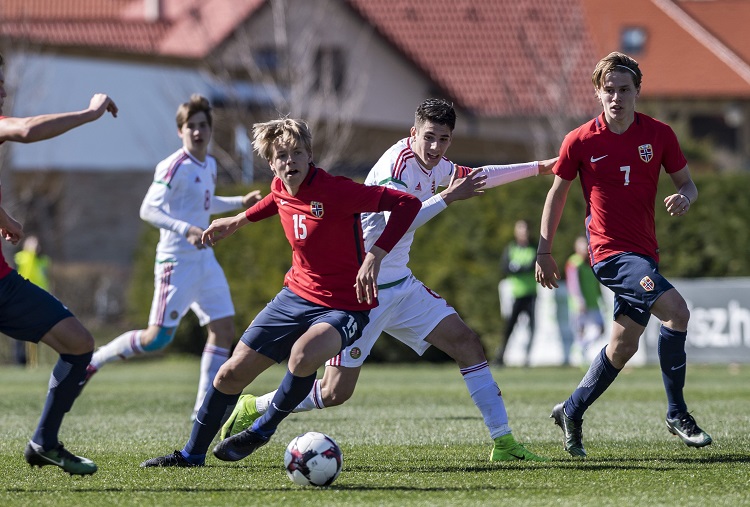 Dominik Szoboszlai (in white jersey in the middle) is widely regarded as one of the greatest talenst in today’s Hungarian football (photo: Zsolt Szigetváry – MTI)

During the match both sides had several chances to score and reach the youth tournament to be held in Croatia, however, the game seemed to end goalless until the final minutes. The pressure was higher on Hungary as they still needed a victory after the heroic comeback against Russia inspired by a brace from team captain Dominik Szoboszlai. The miracle this time happened in the stoppage time when Szoboszlai received a low back pass in front of the box and curled a magnificent strike out of the Norwegian goalkeeper’s reach.

The UEFA European Under-17 Championship is an annual European association football competition contested by the men’s under-17 national teams of the member associations of UEFA. The current competition format consists of three stages: a qualifying round, an elite round and a final tournament. The competition serves as the European qualifying tournament for the FIFA U-17 World Cup.