Socialists To Go Their Own Way 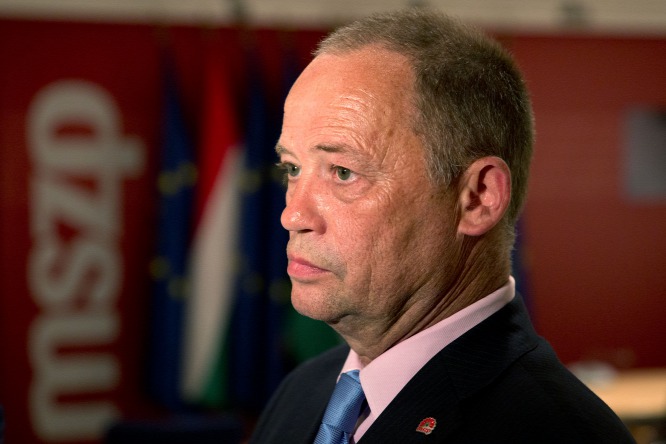 The Socialist Party has said the period of cooperation with other left-wing parties has drawn to a close. The Socialist leadership also warned party members not to fall into the trap set for the left by Democratic Coalition (DK) leader and former socialist PM Ferenc Gyurcsány. Ferenc Baja, who heads the party’s Socialist Platform, noted that political cooperation with other left-wing forces had not brought about the desired results.

What Sunday’s local election has shown is that the Socialists remain the determining force on the left, Baja told. The socialists must offer a stand-out alternative for society in the next few years, he said, repeating a recent slogan uttered by the party’s leader, József Tóbiás: “There is a left-wing party, and it’s called the Socialist Party”.

Meanwhile Ferenc Gyurcsány’s DK party had proposed Tibor Szanyi’s removal from his post of head of the joint MSZP-DK delegation in Brussels. Socialist MEP Tibor Szanyi was heard by his party’s disciplinary committee for hosting members of an extreme right wing organisation called the “Goy Motorists”. According to press reports, in 2013 Szanyi made a bet with the bikers that if the left lost at the spring parliamentary election, he would invite the bikers to Brussels and pay for their hotel, meals and fuel. The joint EP delegation of the leftist parties will be led by fellow socialist MEP István Ujhelyi in the future.