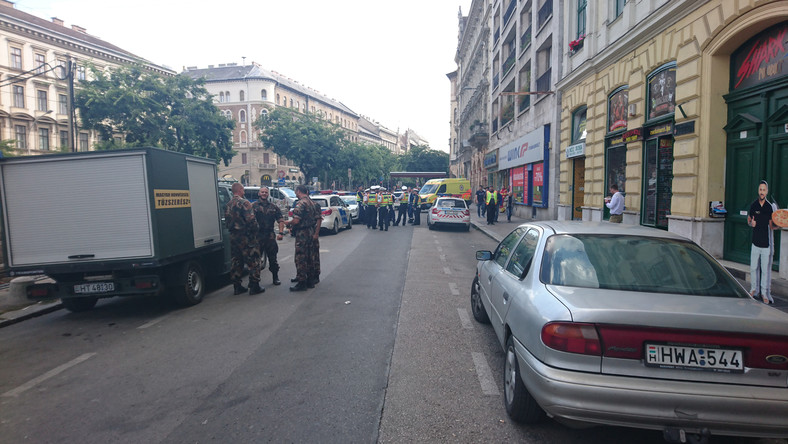 Residents of 120 flats in 12 Budapest apartment buildings were told to temporarily leave their properties today as authorities located an unexploded WWII bomb near the city centre.

On Thursday afternoon, several police cars, army pyrotechnists and personnel from the Centre for Budapest Transport were called to Harminckettesek tere in the capital’s District VIII after the piece of artillery was found at a construction site on the corner of József körút and Krúdy Gyula utca.

At 15:30 p.m., authorities closed József körút to traffic  between Blaha Lujza tér and Baross utca in both directions as the bomb was transported to a safe location. At 17:30 p.m., disaster relief forces announced that the operation had ended and inhabitants were allowed to return to their residences.

The day before, on Wednesday, authorities emptied Buda’s MOM Park shopping centre and its environs after another WWII bomb was found in the capital. Then, a total of 52 people had to leave 51 nearby apartments.