100 or 200 Murders per Year? Something is Wrong with Hungary’s Homicide Statistics 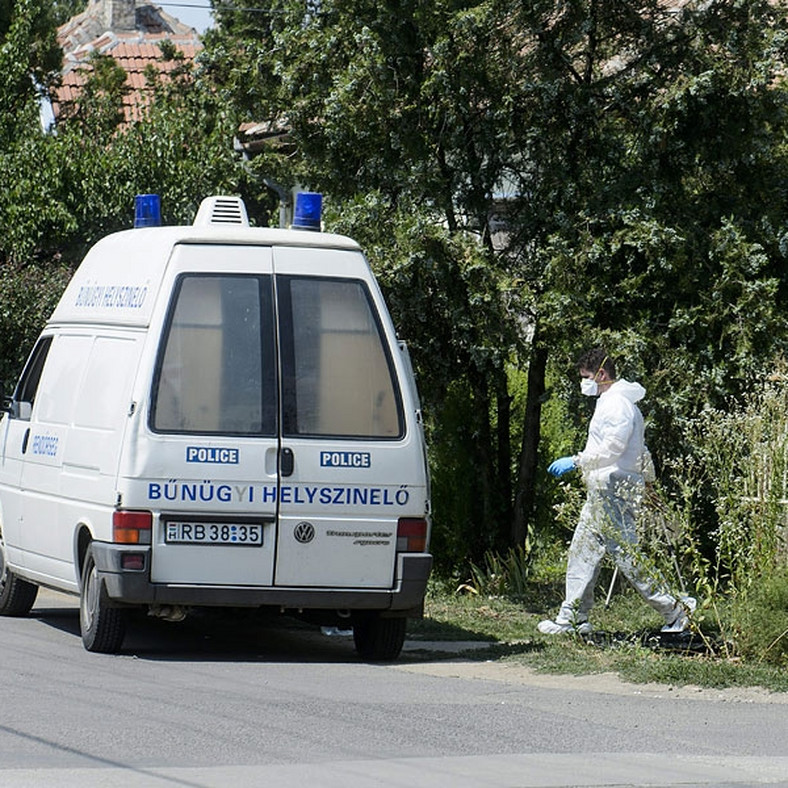 After the absolute category leaders, the three Baltic States, Hungary commits the most homicides among the EU member states, Eurostat says. According to statistics conducted by Eurostat, 202 murders took place in the country in 2015 and 188 occurred the following year.

Shockingly, the Hungarian national statistics differ significantly from Eurostat’s. Eurostat published numbers almost as twice as large as those reported by Hungarian authorities. The Hungarian Prosecutor’s Office and the National Police reported 99 murders both years.

Hvg compared the previous statistics, and, surprisingly, the numbers match for the period of 2008-2014. However, the gap began to widen in 2015. Interestingly, the statistics began to differ at the start of the migration crisis.

Hungary’s murder statistics have experienced huge ups and downs since the transition. Following the abolition of the death penalty in 1990, the number of such crimes rose sharply by 50 percent. After eight years of turbulence caused by an era of organized crime and vendettas between rival groups, the average annual number of intentional homicides dropped to around 200 per year. 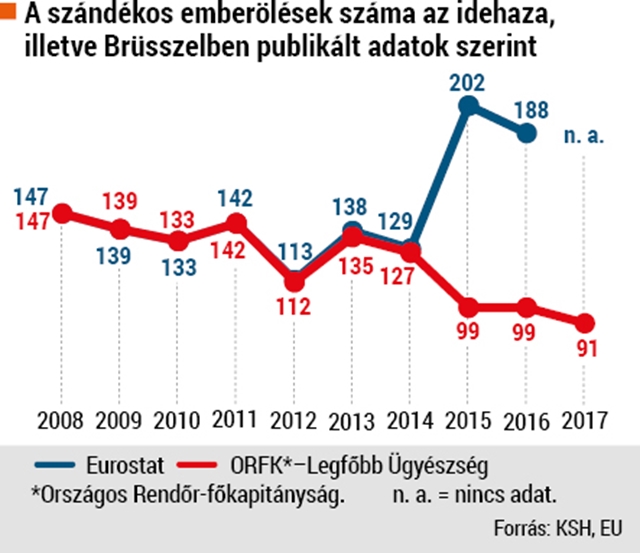 Intentional homicides in Hungary. The red line is Hungary’s data, the blue is Eurostat’s. Via: HVG.hu

Hungary Today asked Orsolya Bolyky, fellow researcher and the deputy’s head of the National Institute of Criminology, about the possible reasons behind the different statistics. According to Bolyky, the Hungarian data holder (Hungarian Central Statistical Office KSH) provides different data than Eurostat. She claims the new data includes all attempted murders since 2015. It remains unknown why KSH has begun sending different data. However, Bolyky mentioned that worldwide statistics about homicides usually just include intentional homicides.

This is when the death of a victim is registered as a murder by the police. Bolyky said the number could be varied by the end of the investigative or court case. For example, if a case turns out to be a suicide, it would not alter the outcome 100 percent as it did the previous three years. 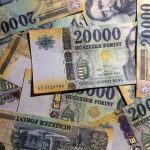 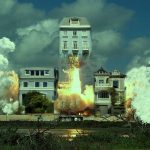