The 10 Deadly Sins of the Kádár Era

Today, 60 years ago, the Hungarian Revolution was brutally crushed by Soviet forces. The revolutionaries were defeated, some of them were killed, some were imprisoned, while hundreds of thousands fled as refugees and those who remained saw the return of Communism, albeit in a different. We published a piece last year which discussed the events of November 4th in-depth, which can be viewed here.

The 33 years that followed today are known as the Kádár era, after the man who was the de-facto leader of the country for all that time, János Kádár. In memory of the 60th anniversary of the Revolution, Hungarian television presenter Róbert Puzsér recently dedicated an episode of his show, Sznobjektiv, to examining the ’10 deadly sins’ of the Kádár era that followed the Revolution’s defeat, sins whose impact can still be felt in Hungary today. For those of our readers who speak Hungarian, we have included a link to the full episode below, and we warmly recommend it; for those who do not, however, we have compiled a brief overview of these ‘deadly sins’ of Goulash Communism.

For Puzsér, the ‘original sin’ of the Kádár regime was its creation of powerful taboos surrounding certain topics, of which the most prominent was the 1956 Revolution. For the better part of thirty years, the events of 1956 were either quickly brushed over as a ‘counter-revolutionary’ incident, or more often not discussed at all. What was one of the most important events of Hungarian twentieth century history, then, was simply brushed over as an inconvenient detail, an ugly incident that was better left undiscussed. For the events of 1956 were inherently delegitimizing for Kádár and his regime; they reminded Hungarians that, despite Kádár’s rhetoric about a kinder, ‘Goulash Communism,’ his regime was born in the brutal suppression of the Revolution.

Near the end of this segment, Púzsér’s co-host for the episode, the journalist Gábor Nyári, points out the key difference between the Kádár era and the Stalinist Rákosi regime that fell as a result of the 1956 Revolution: “Under the Rákosi regime there were 10 topics you could talk about, while under the Kádár regime there were 10 topics you couldn’t talk about.” While Rákosi’s brand of Communism demanded active and enthusiastic participation in the project of Marxism-Leninism, under Kádár Communist ideology went from active to passive; you didn’t have to actively proclaim the glories of socialism, all you had to do was avoid certain topics and accept the political control of the Communist Party, and you could easily retreat into your own private existence.

While it seems downright bizarre today, the ‘Socialist Kiss’ that would be shared between the leaders of Communist countries was a common practice east of the Iron Curtain during the Cold War. Certainly, it makes for a curious image today; after all, as Nyári points out, “It would be pretty funny if Viktor Orbán kissed Angela Merkel.” 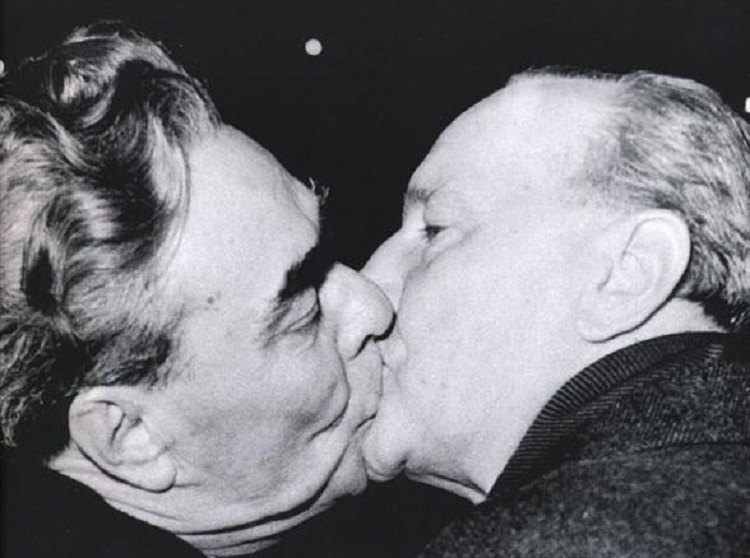 For Nyári and Puzsér, the Kádár era is the birthplace of the Hungarian stereotype of “eight men watching, one man working.” While under Communism there may have officially been ‘zero unemployment,’ the era’s ideology fostered a suspicion of hard work; the point of a job became ‘getting by,’ rather than accomplishing anything that one could be proud of. It was during the Kádár era that career and success became completely divorced from one another; more exactly, honest work and societal or economic advancement ceased to be linked. In the view of Puzsér and Nyári, this attitude persists even today in Hungary, and those who believe they can get ahead simply on the basis of honest, hard work are viewed as naïve fools.

As anyone who has visited Hungary in the past 50 years knows, every city in the country is dotted with ‘panel-houses;’ tall, prefabricated socialist apartment buildings made of concrete ‘panels,’ that are as hideous as they are soulless. These buildings were clustered together in so-called ‘panelerdők (panel-house forests),’ which fill the skyline of many Hungarian cities even today. Certainly, these admittedly ugly apartment buildings were not without merit, for they were built to replace shanty-towns and slums where conditions were truly abysmal. That being said, this aspect of Hungary’s modernization, symbolized by these panel houses, was incomplete at best, as the shoddy workmanship involved in creating these concrete monstrosities quickly led to a long list of maintenance issues for residents. 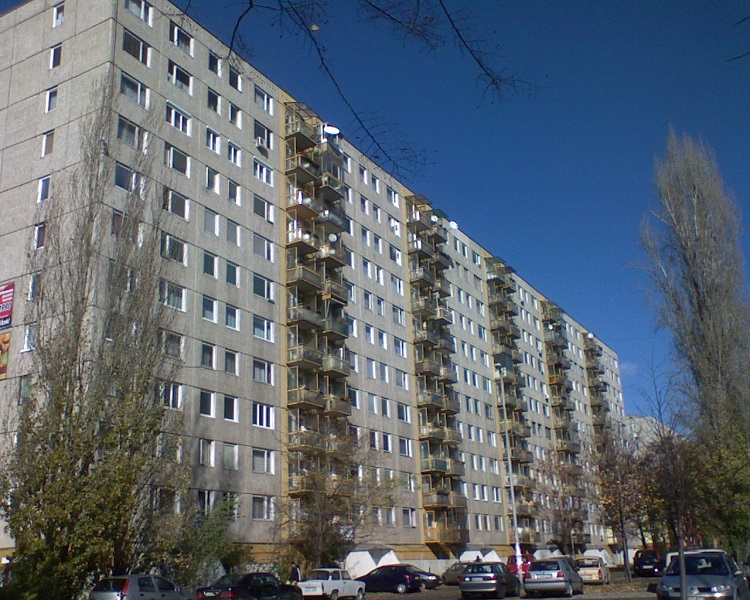 The worst, most obnoxious TV show of the Kádár era, ‘Az Ablak’ (The Window) was really about nothing at all. It was a reality show of sorts, where people would complain about their leaky faucet or their broken heater. For Puzsér, it was a show indicative of the Kádár era: complain all you want about the faucet, as long as you’re not complaining about the regime that built it.

Here’s the opening of ‘Az Ablak’:

During the Kádár era, there were only two major stores, where one could go to buy shoes, clothing, and other essentials that today one might go to a mall to purchase: the Centrum and the Skála. The Centrum was the ‘standard’ store, while the Skála had ‘fancier’ items that were supposedly more ‘Western.’

Together, these stores, and their kitschy commercials, conjured the illusion of westernization, without the existence of a truly free market or of actual western goods. They created a myth of consumer choice that fed into the image of Kádár’s Hungary as “The happiest barrack in the communist camp,” the country of compromise ‘Goulash Communism;’ all this in turn has made it that much harder for Hungarians to process the end of Communism, because the illusion of choice that developed over time made the switch to western-style market capitalism less extreme than in countries where the socialist regimes were more rigid in their interpretation of Marxism-Leninism.

The Kádár era ‘little person’ is a term used to describe Hungarian citizens of this era, the way they acted, the way they thought. According to Puzsér and Nyári, the Kádár little man was a schemer, always looking for the next opportunity, always looking for the way to get ahead in a given situation. For them, the Kádár little man still exists in the Hungarian collective consciousness, “just beneath the skin,” and that it is sometimes hard to keep these attitudes in check.

Both Hungary’s national debt, and people’s personal debts, have their roots in the Kádár era, so say Puzsér and Nyári. Huge amounts of spending were required to maintain the jobs and lifestyle of the Kádár ‘little people,’ and even post-Communist governments were unwilling to make a full break from the spending of the Kádár era. In addition, in Puzsér’s view the shortsighted, short-term planning of the Kádár era, where national debt becomes the next generation’s problem, can be seen in individuals’ unwise purchases of cars, televisions, and homes, all without the money to pay for them. For Puzsér, the Kádár era’s economic attitude was “after me, the deluge,” and this approach has had an impact on Hungarian life even to this day.

All the countries of the Communist bloc relied on spies and informers, and in this Hungary was no exception. Certainly, Hungary, which had 3-5,000 spies listening in on their own people, was nowhere near as bad as East Germany, where the state security apparatus, the Stasi, had 200,000 spies on its payroll, despite being only one and a half times the size of Hungary. The difference, of course, was that in East Germany everyone knew that the Stasi were watching, in Hungary the Kádár regime claimed they weren’t spying on their own people, when in fact they most certainly were. In addition, for Puzsér, the way that Hungary has handled the issue of spies and informants since the fall of Communism has been particularly problematic. While in East Germany the full list of spies and informers was made public, allowing for a public airing of these grievances, and by extension for collective healing, in Hungary these records still have not been made fully public; one can look up one’s own records, but not anyone else’s.  Because of this, according to Nyári, Hungarians still have yet to come to a full historical reckoning with the Kádár era.

According to Puzsér and Nyári, the greatest sin of the Kádár era is the way in which the regime succeeded in bending the spine of society, of co-opting everyone into either active or passive complicity with a corrupt regime. It broke people’s self-confidence, it pushed them to guilt and self-loathing. “Hungarian society became a participant in its own oppression” Puzsér says, “we all became little Kádárs…the whole society experienced a sort of Stockholm syndrome, identifying with its oppressor.” At the same time, they say, after the immense trauma of two world wars and the horrifying dictatorships of the Fascist Szállasi and Stalinist Rákosi regimes, after the brutal suppression of the 1956 Revolution, it isn’t at all surprising that people were willing to accept the ‘compromise’ of living under a corrupt and oppressive regime, so long as that regime provided them with food, with vacation homes ,with jobs; in short, so long as the regime made their lives comfortable and let them live their private lives in relative peace.  The problem, say Puzsér and Nyári, is that even today, over a quarter of a century later, it’s not clear that Hungarian society has figured out how to straighten out the back that was bent in servile acceptance during the decades of Kádár’s rule.

Images via wikipedia and blikk.hu 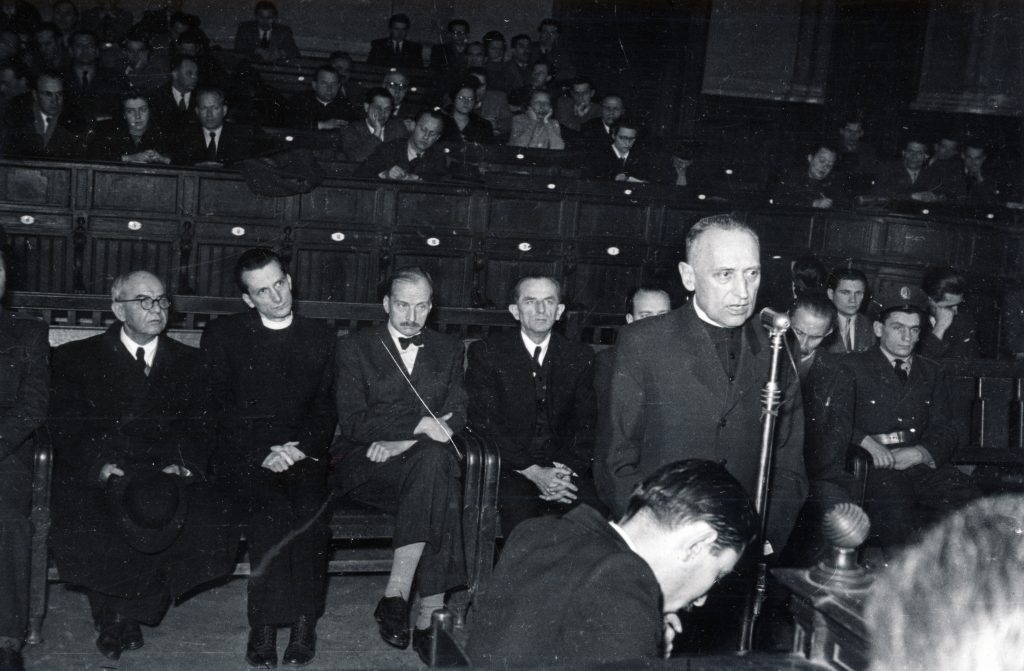 A monument to the late Hungarian archbishop József Mindszenty was inaugurated in Kraków, in a ceremony attended by deputy House Speaker Sándor Lezsák, on Saturday. In his address, Lezsák said that “Mindszenty’s drama was a symbol of Hungary’s history in the 20th century, the freedom fight of Christian countries, as well as the shared fate […]
MTI-Hungary Today 2021.11.07. 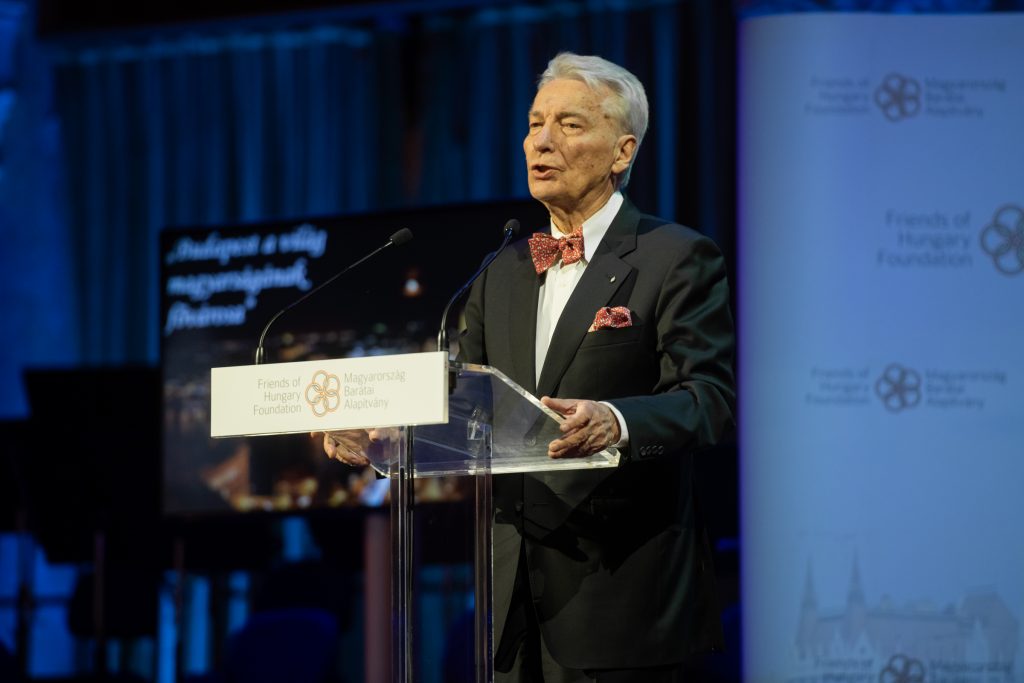 “All historical deeds motivated by the pursuit of freedom and justice become universal after a while, just like scientific efforts for the benefit of humanity,” emphasized Professor E. Sylvester Vizi, former President of the Hungarian Academy of Sciences, in his commemorative letter to the Hungarian Revolution of 1956. The Chair of the Friends of Hungary […]
Hungary Today 2021.10.23.