1.3 Million Headed to Theaters to Watch Hungarian Films in 2017 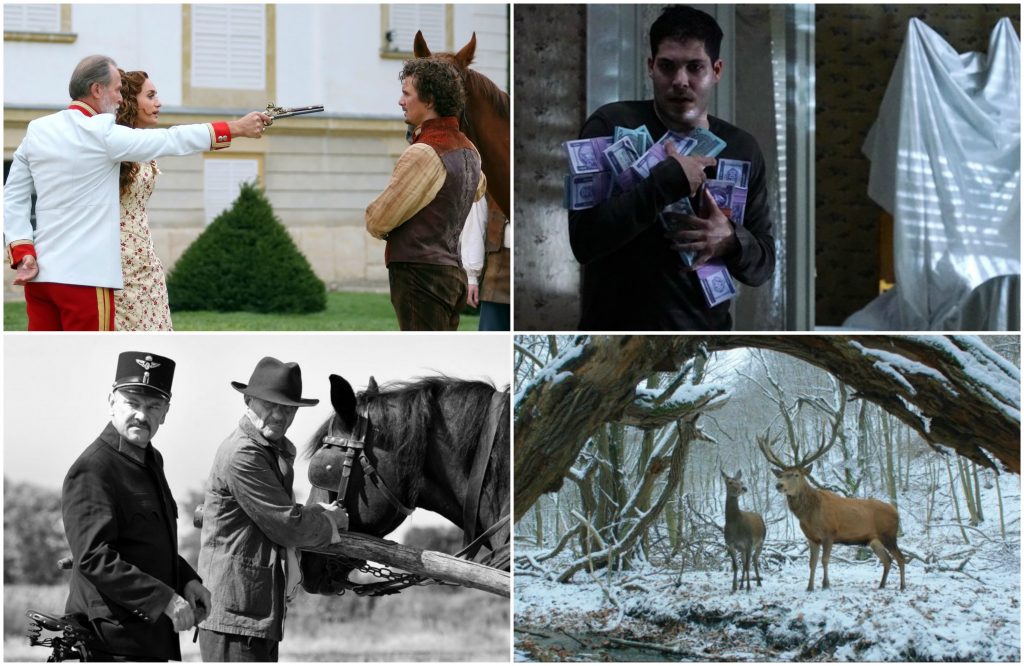 Last year, in 2017, 1.3 million people headed to theaters in Hungary to watch Hungarian productions. While this total represents just 9% of all theater visits, it nevertheless is a 3-5% increase in viewers compared to the past several years.

Overall, viewership of the 22 Hungarian films that premiered in theaters this year was quite mixed; while the top five films sold over a million tickets together, Hungarian films at the bottom of the list saw 3,000 or fewer movie-goers view them in theaters.

Topping the list was Kincsem, a historical blockbuster that, at 3 billion forints (roughly $10 million USD) is the most expensive Hungarian film ever made. That investment seems to have paid off, however, as the film drew in 455, 268 viewers in theaters alone. It was followed at a distant second by A Viszkis, an action movie chronicling the real-life story of legendary Hungarian bank robber Attila Amrbus (known as the “Whiskey Robber”), which sold 286,317 tickets domestically.

Another Hungarian film in the top five, On Body and Soul, has the distinction of being commercially successful (with 95, 404 seats sold domestically) while also winning nearly universal critical praise. The film, directed by Ildikó Enyedi, has won the Golden Bear, the top prize of the Berlinale Film Festival, as well as numerous other festival awards, and in addition has made the shortlist for this year’s Best Foreign Language Film Oscars. On Body and Soul tells the story of two people working at a slaughterhouse in Budapest who discover that they have the same dreams at night and they attempt to make them come true (you can read our review of the film here).

Likewise, Director Ferenc Török’s critically-lauded 1945 performed relatively respectably, with 29,888 tickets sold. This film, which follows the return of two Orthodox Jews to a small Hungarian village following the end of the Second World War, is widely regarded as a triumph, and likely would have been chosen to represent Hungary in the Oscars if not for Enyedi’s On Body and Soul.

While some films, then, performed well, other quality productions, such as The Citizen and Jupiter’s Moon failed to gain much traction, logging just 12,118 and 8,985 viewers respectively.

hungarian film On Body and Soul